Weekly Thoughts 54: 2,000 Views!
We hit 2,000 views this month. These last few month’s views have been incredible. Part of me still doesn’t believe it’s real. Maybe it’s all a joke or myth. I don’t care anymore really I just fell in love with blogging so much that I don’t care to investigate.

Should I do a perfect shot home edition part 2 since I took more pictures the other day? I mean you get the gist already. I just will share my favorite one just because it’s featuring my nephew, Celtic. 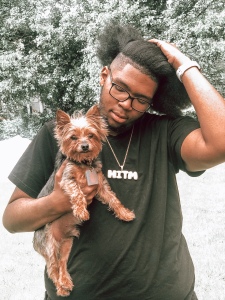 Is it weird that I’m thinking about making him an Instagram? We talked about it the other day. 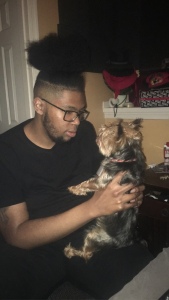 He didn’t have much to say about it.

I have been reading a lot lately. But I haven’t written a book talk because I’m not feeling those types of posts. It just feels so forced to try and come up with something good to say about each book I read.

Anyways I finished Kevin Hart Book. I read Russ’s book it’s all in your head and Charlemagne Tha God’s black privilege book. They were all good reads. Russ’s book is great for someone trying to accomplish their dreams and needs to hear it from someone else who struggled like them. I listened to it on Apple Music just a tip for anyone who has that app. I encourage mainly artists to take a listen. It tackles fear greatly. A lot of gems were shared.

I still have a pretty lengthy list of books to read for 2020. My list only had 20 books now it’s more like 19. I have been adding more books to my list. A lot of them are self-help books. Just because I been in a learning mood lately. I just want to learn so much to help me get out of my current circumstances. Also, I’m bored as hell in the house and need something to distract me from peeling my skin.

I was going to mention the Minneapolis situation but honestly, I’m kinda numb to that. I have seen videos like that and worse. The crazy thing is the criticism from the riots is funny to me. It’s like their more outraged by the riot than the videos. A man pleaded for his life as he was getting murdered and your mad at how we react. Literally any one of us can kill someone on camera and be arrested that day. But not cops. If there’s no video they can go months, maybe forever without any cuffs in sight. Imagine how many murdered without cameras around. Is it sad that I fear being killed by our so called protectors? Encountering a cop is like a intense game of Simon says. They give orders that must be done accordingly or you’ll get beaten or shot. Sometimes its like talking to any other human. But bad cop or good cop isn’t written on their forehead. I believe in good cops but most of them are silent to these situations. That makes me wonder are they even good anymore?

I mentioned some of this in Right Way. A piece that I just wrote spur of the moment. But what is right anymore if the wrong way has been legal before? We act like laws mean right. Slavery was legal. Was that right? We marched and was attacked by water hose and attack dogs. We marched and was sprayed with mace and tear gas. We took subtle knees on football fields and was criticized. Put it in music and was ignored by major company’s. Now it has escalated a bit. But your still not listening. See through the physical fire and see the burning feeling in our hearts. We are beaten and murdered on a daily. Not guilty is the verdict. If ever convicted the sentences is shorter than a drug charge. That’s how it is for us. What’s been going on lately is just a taste of what we have faced for centuries.

My prayers and love go out to the victims family. Also, I hope anyone living in this world is safe. As always like, comment and follow this blog for more. See you next week.